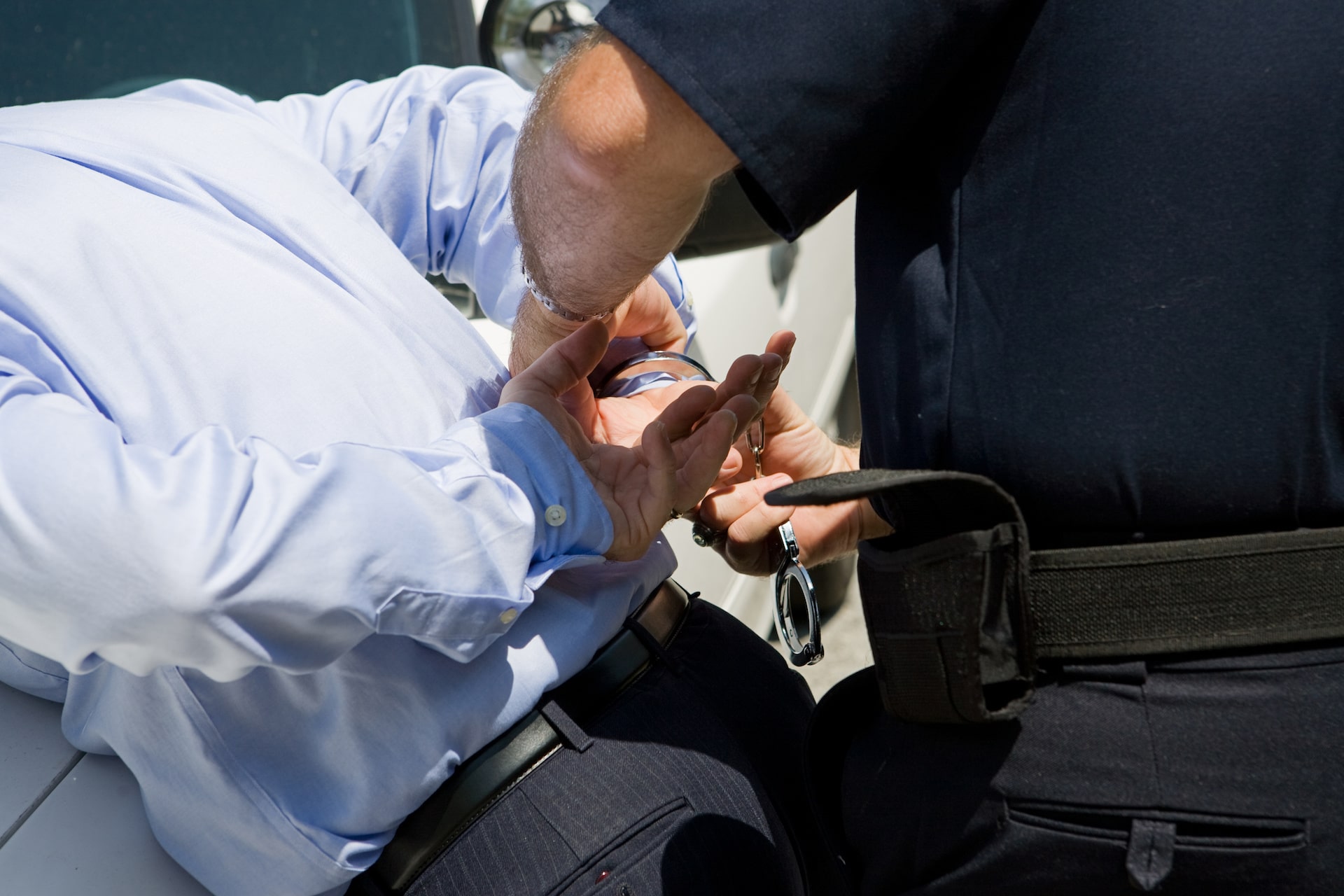 The officers of the New York City police department have one core task: to protect citizens by maintaining law and order in the state. However, police misconduct — including police brutality and infringements on citizens’ civil rights — has come into public awareness over the last few years.

For this reason, it’s crucial to understand your civil rights. When you know your rights as a New York City resident, reporting police misconduct becomes much easier — you won’t have to fall victim to police violence without a fight.

This article will discuss 12 common forms of police misconduct. Hopefully, learning about these can one day save you, your relatives, or your friends from the unlawful acts of law enforcement officers.

Do you feel you’re one of many victims of police brutality? Having a police misconduct attorney by your side is the best way to achieve justice and seek compensation when your civil rights are infringed upon by an officer of the New York City police department. Read on to discover if it’s time to work with a reliable New York City law firm.

What Is Police Misconduct?

The term “police misconduct” refers to illegal or inappropriate acts by a police officer. In most cases, it involves federal law or state law violations. However, it also means disobeying the rules and regulations of the New York City police department.

As you can imagine, it’s crucial to set laws against such acts to protect citizens from police violence and infringements upon their civil rights. After all, they can result in wrongful death, harm, false imprisonment, and constitutional rights violations.

Amnesty International — an international non-governmental organization with over ten million members — is one of the most trustworthy sources of police misconduct information. According to this group, one of the most fundamental concepts to remember is that members of law enforcement agencies should always respect the right to life.

There are many forms of police misconduct. Sadly, more and more citizens fall victim to brutality every year. If you witness a police officer committing any of the 12 most common types of misconduct below, get in touch with a New York police brutality lawyer immediately.

The power to determine whether an officer used unnecessary pressure falls on the jury. For this reason, personal sentiments and biases may affect the definition of the term excessive.

According to the justice department, there are five levels of excessive force:

The legal definition of unlawful search and seizureby federal law is when law enforcement officers investigate an area without a search warrant or probable cause to believe that a crime is present. The United States Department of Justice protects citizens from this through federal law because it violates the Fourth Amendment.

For the law to protect you against such acts, you should have a reasonable expectation of privacy during a search, like when you’re having dinner at home. However, below are some exceptions to the rule. During these circumstances, the police can search and seize property without a warrant:

During legal proceedings, a police misconduct attorney will help witnesses provide a judge or a jury with an honest account of events under oath. In most cases, without such testimonies, it’s challenging to prove that police misconduct ever happened.

Tampering with a witness by a police officer happens when these professionals attempt to stop a witness from testifying, force them to make false statements, or force them to commit fraud.

New York City courts take witness tampering seriously. In the state, the justice system classifies this crime into three categories. Below are the categorizations and corresponding examples:

The punishments range anywhere from 25 years in prison for first-degree offenders to a conditional discharge for third-degree culprits.

False arrests pertain to instances of physically detaining someone illegally. Private security firms are the common violators of this law. However, police departments are not exempt from such charges.

When people imagine police officers committing a false arrest, they immediately think of unsubstantiated detention. However, evidence has nothing to do with this crime. To be guilty of such charges, the police must act beyond the scope of their authority.

Consider this hypothetical: officers arrest an individual because of someone else’s testimony. Later, the claims turn out to be a lie. If a judge determines that the claims were reasonable at the time and the officers produced a warrant, they may not be liable for police misconduct.

However, if officers arrest someone for calling another person ugly, a prosecutor could charge them. After all, calling someone ugly may be rude, but it’s not illegal in any state or federal laws.

However, as with any organization, some officers don’t always go by the book. Instead of gathering and analyzing the available evidence, some plant or fabricate evidence to achieve their desired results.

Officers commit this type of police misconduct for various reasons, including:

No matter how noble or cruel the intention is, none of these examples are valid. They may lead to wrongful convictions, incarcerations, and arrests, which is a clear violation of the victim’s constitutional rights.

Despite the progress that the U.S. has made against racial discrimination, some New York City police carry racial biases.

Racial profiling by law enforcement officials is most often seen in officers identifying people of color as wrongdoers more often than White people. They may also have prejudices against an individual’s religion or nationality. Any such act is illegal and violates the Civil Rights Act of 1964.

For instance, police officers who stop pedestrians for illegal contraband simply because they’re African Americans, Muslims, or Asians are guilty of profiling. Note that a New York City police misconduct attorney may charge people acting in a policing capacity with a racial profiling case, as these officers are flagrantly misusing the law to support their own biases. These occupations include security guards, airport agents, and pilots as well.

To clarify, officers stopping a Latinx person driving above speed limits are not automatically guilty of police misconduct. However, if the driver wasn’t speeding, but they stop them anyway for no reason other than being Latinx, that is racial profiling. The victim may call a law office for help in seeking justice.

Sexual assault is present in virtually all industries, including law enforcement agencies. Unfortunately, police officers may take advantage of their authority to perform indecent acts. In most cases, they exploit intoxicated women, human trafficking victims, and even minors. Whether the act is supervisor-employee or officer-civilian harassment, it all falls under police misconduct.

Sexual harassment in the police department can be particularly disturbing because officers are meant to ensure your safety. When someone in power subjects you or anyone you know to sexual harassment, call a police brutality attorney immediately.

In New York City, the court subjects officers to the same legal standards as civilians. This provision means that an official cannot perform sexual misconduct on any other individual, including those detained, arrested, or pulled over.

Remember, the abuse doesn’t have to be physical. It can also be verbal or emotional. Below are some examples of sexual harassment:

In New York, criminal defense lawyers may charge police officials with malicious prosecution if they filed charges against an individual with no reason other than to harm that person. Below are the elements of this type of police misconduct:

Have you ever seen good cop, bad cop scenes in movies or TV shows? If you have, chances are you’ve seen examples of a coerced confession. A coerced confession is an involuntary admission caused by police misconduct instead of a suspect’s free will. Whether the cop threatens violence to force confessions or uses psychological manipulation, using this method to obtain confessions is a flagrant dismissal of the suspect’s constitutional rights.

Criminal defense attorneys found that police-induced coerced confessions intimidate unwilling suspects into confessing to crimes despite their innocence. These are the three main types of false confessions:

When the police use physical or psychological abuse to get a confession, a police brutality attorney can prevent a false confession or stop one from being used as evidence.

New York laws prohibit law enforcement officials from drinking while on duty, except under specific orders. It doesn’t matter whether they’re in uniform or not, nor does it matter if they are in a public or private place. Whether they’re on filing or traffic duty, they shouldn’t drink at work or get intoxicated.

Such professionals shouldn’t drink while on duty because they could endanger the lives of the people around them. After all, they can access firearms, police cars, and the police network.

One of the oldest police misconduct tricks in the book is lying under oath. The problem with this scenario is that it could send innocent victims to jail.

Check out the story of Kimberly Thomas. In October 2017, New York police officer Nector Martinez graced the witness stand of a Bronx courtroom. Under oath, he told a story about a woman (Kimberly) carrying a laundry bag which she set in the middle of the doorway, right in his path. According to Officer Martinez, he had to pick it up to move it out of his way. As it was heavy, he checked its contents and discovered a Ruger nine-millimeter handgun.

However, he was lying to pin the weapon on Kimberly. A hallway surveillance camera showed there was no laundry bag or gun in the hallway.

In New York, the punishment for perjury can lead to seven-year imprisonment and hefty fines. Officers are not exempt from this law.

New York police officers have the authority and access to gain personally from their work. Sadly, some officials from various police departments take advantage of their power. Sometimes, they resort to a common type of police misconduct: theft. It’s one of the most challenging crimes to monitor.

For instance, an officer can steal from a corpse, victim, or suspect. The stolen items don’t have to be money, like in the case of taking drugs from a bust for personal use. An official may also steal items from the evidence room for later use.

The punishments in New York for theft range from community service to 25 years in prison, depending on the circumstances of the crime. However, one thing’s for sure; with the right law firm on your side, victims can seek justice for any type of police misconduct.

Hiring an Experienced Lawyer Is Essential to Prove Your Case

Reliable criminal defense lawyers can assure you one thing: justice for your brush with police misconduct. If you win a misconduct case, you will subject the erring officer to legal and administrative remedies.

A state agency can impose administrative remedies for officers who have committed misconduct. Below are some of the most common ones:

If You Are a Victim of Police Misconduct, Call The Pagan Law Firm

We know how physically, emotionally, and mentally draining reporting police misconduct can be. They are, after all, supposed to be our protectors. However, like in any other state, there are unfortunately police officers here in New York that have committed misconduct and will likely continue to commit misconduct.

When you fall victim to misconduct from any member of the police department, you need a reliable police brutality attorney by your side. Working with one maximizes the possibility of attaining justice.

At The Pagan Law Firm, P.C., we provide our clients with the skill, experience, guidance, and compassion they deserve after suffering from misconduct. Book a free and confidential consultation now through (219) 319-1573 to begin your journey toward justice and healing.